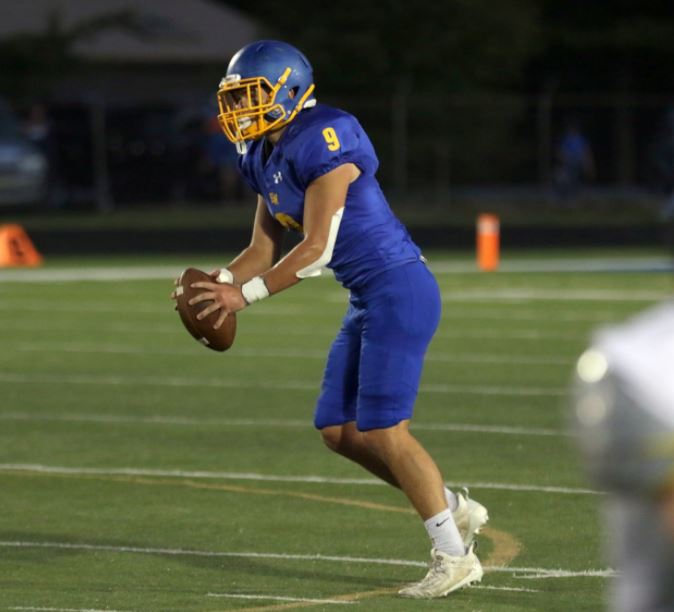 The Columbia City Eagles entered Friday’s game at East Noble boasting a 6-0 record for the first time since 1969. The Eagles would depart Kendallville with their first loss as the East Noble defense shut down the CC offense and QB Greg Bolt, who came into the game as the leading passer in Indiana 4A Football.
Bolt, averaging 186 yards a game through the air, was held to 107 on Friday and only managed 75 yards on 24 carries while being sacked 5 times in the game.
Cole Shupbach tallied 110 yards on the ground to go along with 2 TD’s at the QB position for the Knights.
The win also gave Coach Amstutz the 100th win of his career!
East Noble will travel to New Haven next Friday. The Bulldogs are 4-3 on the season after a 43-6 win over Bellmont on Friday.

SEMI-STATE
9:00 am
View All Events